Update your watch list with the latest shows streaming on Hayu 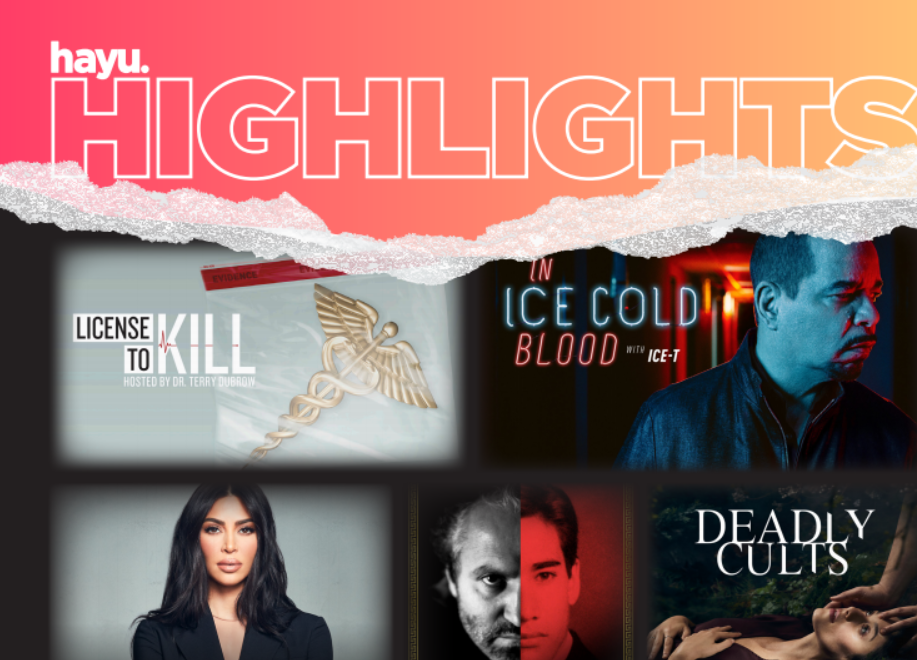 We’re more than halfway through 2021! What have you been watching these past months? If you’re looking for something new, then you’re in luck: hayu is back with fresh new series in tow which you’ll surely find yourself binge-watching in no time.

We Got Love Teyana & Iman

Award-winning director, actress and mom Teyana Taylor and superstar athlete, rapper, and dad Iman Shumpert embark on the ultimate life journey. The Shumpert’s family bond is solid as a rock with fun, unapologetic realness and deeply rooted love at the core.

This unfiltered new docu-series follows pop-culture powerhouses Teyana, Iman, and their daughters Junie B, Baby Rue and their tight-knit entourage of family and friends. The series gives unprecedented access into their lives, never before-seen in a celebrity docu-series until now. Teyana and Iman have built an empire but they’re not done yet. They have major goals and high ambitions, but they’ll never lose sight of what’s really important: family.

Love true crime? Then this show is a must-add to your watch list!  This new series follows the true stories of manipulative and dangerous criminals who use their charm to cheat, steal and lure victims into romantic relationships, leaving a wake of devastation and death.  Each episode will feature a charismatic killer who deceives their victims, retracing their over-the-top acts of seduction and fraud. Told through the voices of friends and families fighting for justice, and investigators on the case who are determined to find the truth.

On the other hand, if you’re looking just for new seasons from shows you’ve come to love, hayu has it for you, too! True crime shows Snapped and Accident, Suicide or Murder are back with some more mind-boggling, fascinating cases.

Who are these women and what drives them to kill? This hit true crime series profiles the fascinating cases of women accused of murder. Did they really do it? And, if so, why?

Season 3B | Every Monday

This riveting series takes viewers through the stunning twists and turns of real-life cases involving suspicious deaths. At the heart of each case is a pressing question: was the victim’s demise the result of an accident, suicide, or possibly murder?

Access unlimited shows with a subscription plan or prepaid pass now! Sign-up via hayu.com to a weekly plan for only Php49 or a monthly plan of Php149 with a FREE TRIAL of 7 days. Or get a hayu prepaid pass and save on your weekly, monthly or quarterly pass series on hayu.com!

One of the best investments you can make in your kitchen

Level up your Business Profitability this 2022 with solutions from Zilingo